A HUGE thank you to everyone who tuned in to our Teal Woman Celebration! With your support and generosity we were able to exceed our goal and raised over $400K. It is because of you that we can continue to provide whole-person support to women and families facing ovarian cancer.

If you were unable to tune in, or would like to relive this memorable event, you can watch the full Teal Woman Celebrity Showcase here:

Our Teal Woman Celebration event was a true success, and we are so grateful to have been able to continue to bring everyone along in our journey to help more families and to raise funds to support them with our free, life-affirming programs.

Teal Woman is Clearity’s signature fundraiser and a crucial part of our annual funding.

Thank You to Our Teal Woman Celebration 2020 Sponsors 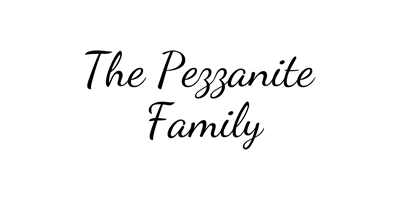 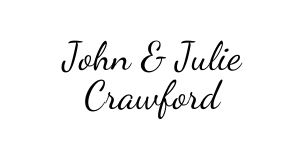 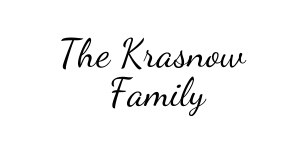 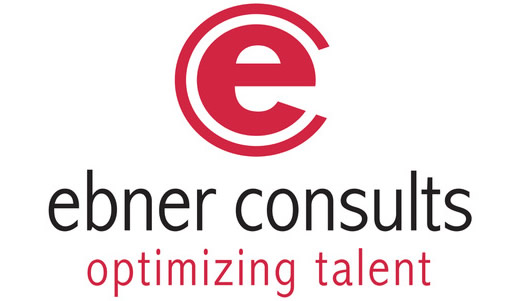 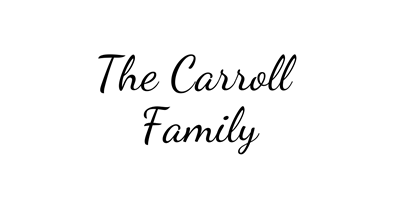 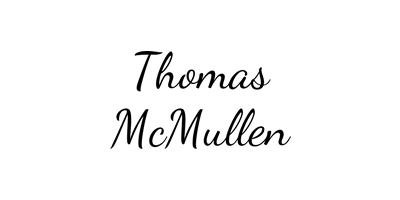 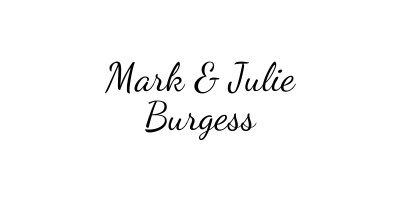 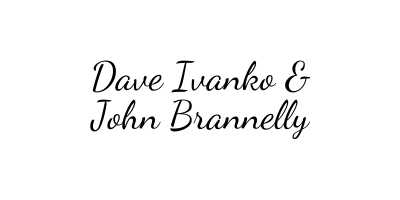 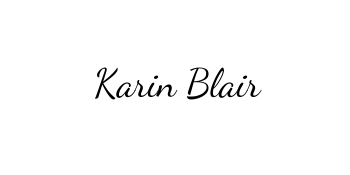 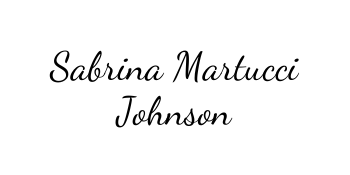 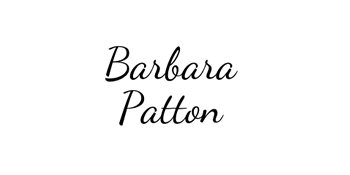 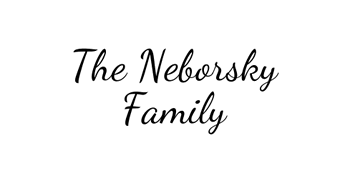 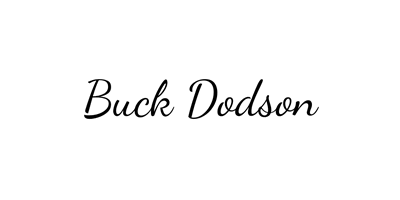 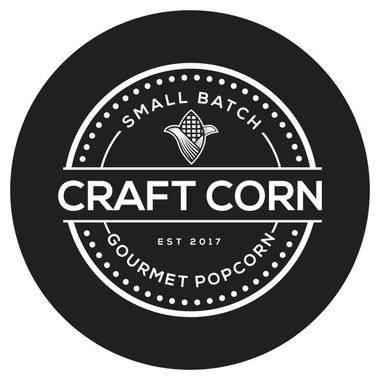 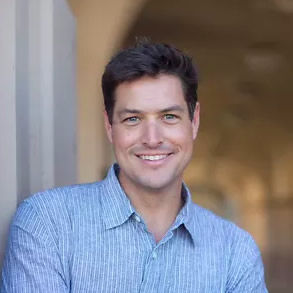 Clint Bell has been behind a microphone since a young age.  While other kids were juggling, twirling batons or strumming instruments in the school talent show, Clint was the Master of Ceremonies.  It is no wonder that he received a degree in Communication during his time spent at the University of Colorado at Boulder.

Clint’s life as a charity auctioneer started when he attended one of the nation’s leading auctioneering schools in 2005. Since then, Clint has raised tens of millions of dollars for several hundred foundations and charities nationwide. In addition to auctioneering, Clint frequently performs at national conventions both behind the scenes as a voice talent and onstage as an Emcee.

Clint’s off-stage experience is in outdoor hospitality and management, which has led to a better understanding of delivering on customer expectations and guest satisfaction. As COO of KEI Outdoor, he leads a staff of more than 200 people across 7 properties in 3 states.

Learn more about Clint at www.clintbellproductions.com. 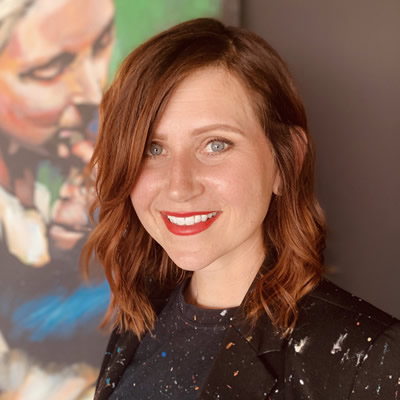 Amy Burkman is a live art entertainer, muralist, animal lover and a cancer survivor. In December 2013, Amy was diagnosed with a very rare and aggressive form of ovarian cancer called Small Cell Ovarian Cancer. After she completed treatment she decided to quit her job and pursue her dream of doing live art to help others full time, and it’s taken her all over the country and the world. She’s been cancer free for six years and continues to seek opportunities where she can use her talent to help others and give back. Her motto is “Art with Heart” and in her experience using art alongside business and social initiatives can help raise money to benefit communities all around the world. Amy raises money for organizations including cancer research, animal rescue groups, children’s hospitals and many others. To learn more, follow Amy on Instagram @AmyBurkmanOfficial or visit www.AmyBurkman.com. 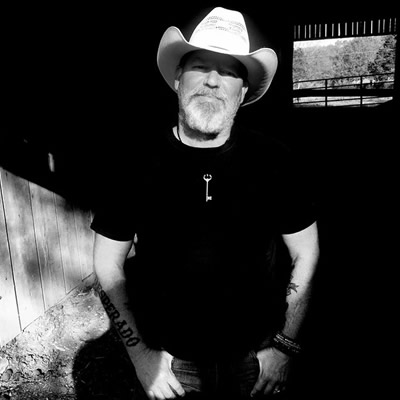 Keith Dozier is a singer/songwriter from Knoxville, TN. He began traveling back and forth to Nashville in 2004, working on his craft and building relationships. He soon realized Nashville was where he was meant to be and in 2008, with the support of his wife and kids, moved the family to Music City. In 2013, his song “Plain White Tee” won the NSAI/CMT Song Contest. Keith has gone on to have numerous cuts by independent artists from all over the country. His first major cut came when Montgomery Gentry recorded his song “All Hell Broke Loose” and included it on what unfortunately turned out to be the last MG album before the untimely death of Troy Gentry. Most recently Keith got his first international major cut when Adam Brand, an Australian country singer, recorded and released his song “Fly”. Keith recently teamed up with Grey Creek Productions/Publishing and together they are working hard to get more of his songs recorded. 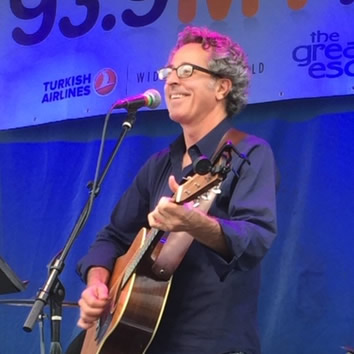 Jeff Libman is a singer-songwriter based in Evanston, IL whose music draws from an acoustic soul sound of the early 1970s. His bittersweet melodies and poignant lyrics explore the nuance and mystery of the human condition. Think James Taylor meets Bill Withers. Jeff’s most recent body of work, “Songs from the Quarantine”, written during the first 15 weeks of our cororna virus pandemic isolation of the spring of 2020, is a collection of 15 songs which express a variety of perspectives of our new reality. Jeff also fronts the band “Check With Lucy.”

In addition to his music, Jeff has taught English as a Second Language and Writing to immigrants and refugees at Truman College in Chicago for the past 27 years. Prior to that, he was the Executive Director of the Tibetan Resettlement Project-Chicago, an NGO that coordinated the resettlement of Tibetan refugees from India and Nepal to Chicago. In the late 1980s, he worked on documentary films for Public Television in New York City and taught English in Kathmandu, Nepal. His essays and op-eds have been published in the Chicago Tribune and heard on WBEZ Chicago Public Radio. His award winning book, An Immigrant Class:Oral Histories from Chicago’s Newest Immigrants, is a collection of photographs and stories of recent immigrants to Chicago. Find out more about Jeff at www.jefflibman.net. 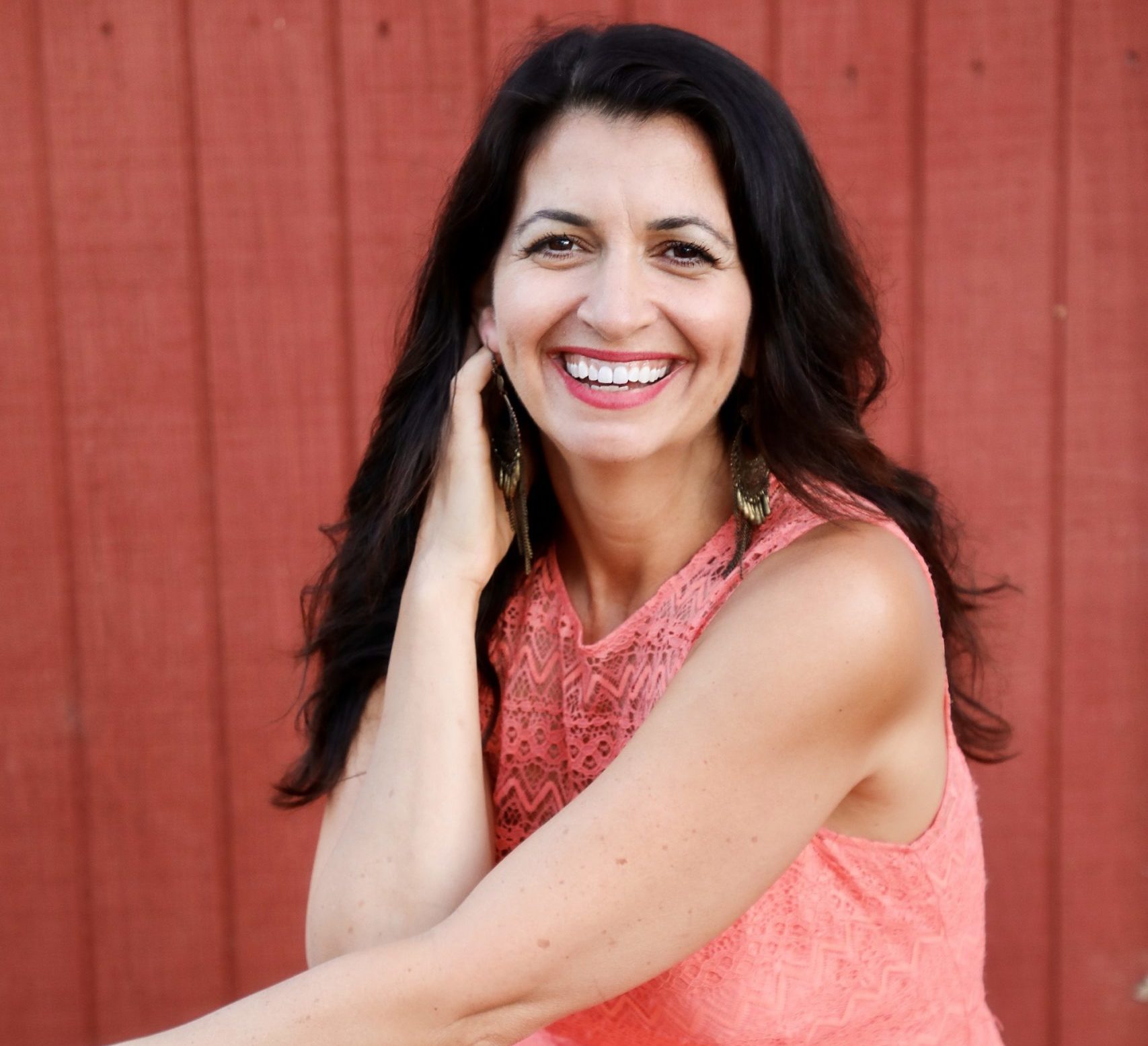 Rhea Makiaris is an East Coast bred, West Coast raised musical sensation. With a natural ear for music and knack for picking up instruments, she is a self-taught riot of a minstrel with a honey voice and a yen for old school R&B. Rhea transports her listeners back to a golden age of music, when all a performer needed to entertain was a guitar and an exceptional voice. Learn more about Rhea at www.heyrhea.com. 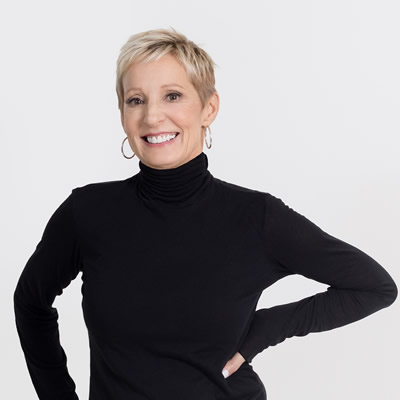 Karen Mills has spent a lifetime entertaining. First as a point guard, “Little Mills” was always a crowd favorite. She started playing basketball in the 3rd grade and eventually earned a full scholarship to the University of Tennessee @ Chattanooga. In 1981, Karen led the nation in assists and became the first Division 1, first-team All American in UT-Chattanooga history.

Karen can be heard daily on Sirius / XM Comedy channels and clips from her Comedy special “Pink Pants” have gotten over 15 million views. Karen has also had numerous appearances on The Grand Ole Opry.

Karen looks for the funny in every situation. Even ovarian cancer couldn’t stop her from turning pain into punchlines and in 2106 she was chosen to present her talk “Cancer is a Laughing Matter” at TEDxChattanooga. Karen has also been featured on Robin Robert’s “Thriver Thursday.”

Find out more about Karen at www.karenmills.com. 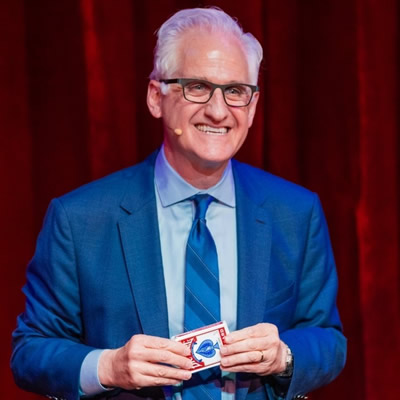 Corporate Magician Danny Orleans integrates business themes and clients’ marketing messages into his magic presentations. Since the early 1990s he’s been serving his clients by helping them build traffic and generate leads at trade shows, entertaining at corporate receptions, and hosting annual meetings. His clients include Honeywell, ExxonMobil, and Windstream.

He’s authored books on magic for Scholastic Publishing and Chronicle Books as well as the magic community. Recently, he’s transformed his business by performing magic virtually at online meetings, private celebrations on Zoom, and digital conventions. More information and fun videos about Danny Orleans are available at www.corporatemagicltd.com.

With sparkly dresses, fiery tresses, and a talent rivaled only by her unstoppable hustle, Whitney Shay is one #busylittlesinger. The four-time San Diego Music Award winner (including Artist of the Year), and Blues Music Award nominee is scorching stages at home and internationally throughout Europe and South America. Shay’s latest release on Ruf Records Stand Up! debuted at #1 on the Billboard Blues Charts and also reached #1 on the Roots Music Report Blues Album Charts. Shay has received high praise from music critics calling the singer “a future blues icon” (Blues Matters!), “one of the next best things in soul music” (Blues and Rhythm Magazine), and “the epitome of a rising star” (Elmore Magazine). Shay’s tracks have also been placed in TV/film, including shows on NBC, HBO, Bravo, BET, and Tyler Perry’s A Madea Family Funeral. Whether in studio, on screen, or stage, Whitney Shay’s electric energy, soulful style, and powerhouse pipes keep listeners connected and coming back for more. Learn more about Whitney at www.whitneyshay.com.

Making a difference in the lives of women with ovarian cancer and their families. 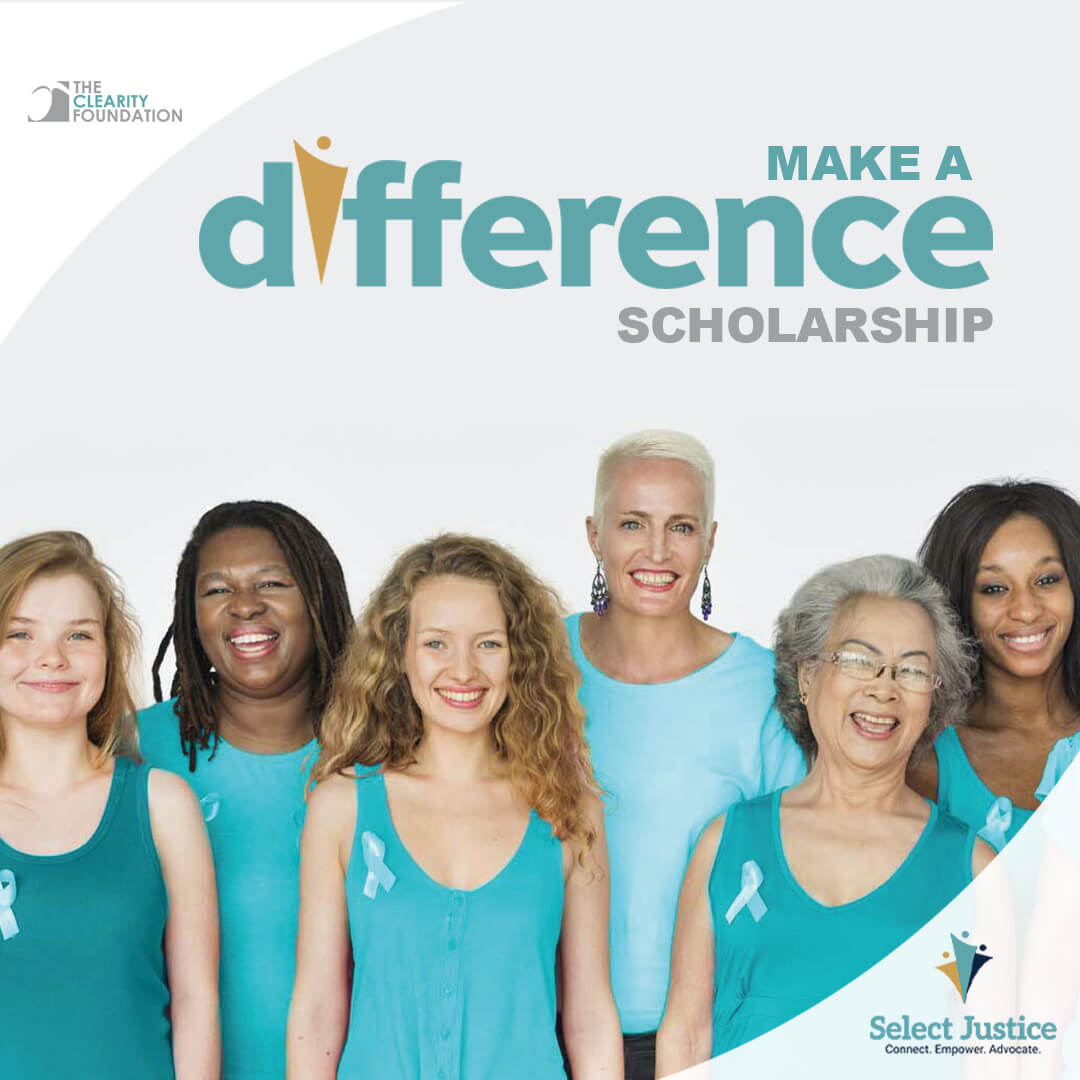 The Make A Difference Scholarship, made possible by a partnership between The Clearity Foundation and Select Justice, is a scholarship that offers women and others who have been directly impacted by ovarian cancer a chance to have renewed opportunities and receive a financial reward that helps advance them in their next steps.

Through the Make A Difference Scholarship, Select Justice will award $6,000 for the 2021 academic year to three lucky recipients. This partnership with The Clearity Foundation not only offers hope to those impacted by ovarian cancer — but it also offers them exciting opportunities for a tomorrow that’s filled with promise.

Who Can Apply for the Scholarship?

To participate in the scholarship program you must be 18 years or older. In addition you must have been directly affected by Ovarian Cancer (either having it yourself or a close family member that had Ovarian Cancer). All essays will be reviewed by an expert panel and winners will be announced in December, 2020.