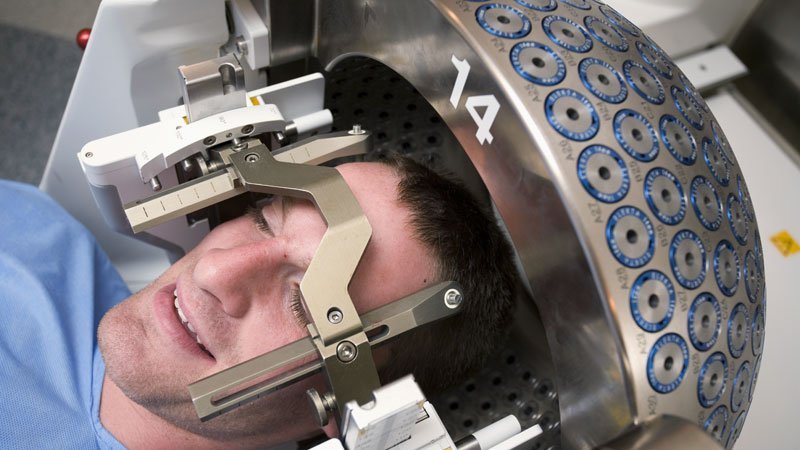 “SRS was associated with reduced risk of neurocognitive deterioration compared to WBRT, as demonstrated by a constellation of neurocognitive tests, individually or by composite scores,” said lead author Jing Li, MD, PhD, associate professor of radiation oncology and codirector of the Brain Metastasis Clinic at the University of Texas MD Anderson Cancer Center, Houston.

She was speaking at the American Society for Radiation Oncology (ASTRO) 2020 Annual Meeting, which was held online this year because of the COVID pandemic.

“The results from this phase 3 randomized trial strongly support the use of SRS in patients with four to 15 brain metastases to better preserve cognitive function and to minimize interruption of systemic therapy, without compromising overall survival,” said Li.

SRS is already the standard of care for patients with one to three brain metastases. Two previous phase 3 randomized trials showed that SRS was better at preserving cognitive function without compromising overall survival in comparison to WBRT.

However, there has been some controversy over the use of SRS for patients with multiple brain metastases, commented study discussant Sue S. Yom, MD, PhD, a professor in the Departments of Radiation Oncology and Otolaryngology–Head and Neck Surgery, University of California, San Francisco.

This study has shown, “in a practice-changing manner, that giving SRS can improve the quality of life of patients with metastatic disease,” she said.

Up to 30% of cancer patients develop brain metastases. Historically, these have been associated with poor overall survival, in the range of 1 to 4 months.

The new trial involved 72 patients with four to 15 untreated, nonmelanoma brain metastases (up to 20 lesions were allowed at the time of treatment); the median number of brain metastases was eight. Most (83%) of the trial participants were White, nearly half were aged 60 years or older, and 58% were women.

Patients were randomly assigned to receive either SRS (15–24 Gy per Radiation Therapy Oncology Group protocol 9005) or WBRT (30 Gy in 10 fractions). On the basis of previous research, 62% of patients in the WBRT arm were also given memantine, a dementia drug that can help preserve cognitive function.

Li pointed out that there was also a “clinically meaningful and statistically significant benefit” with SRS at 1 month (P = .033) and 6 months (P = .012).

In her discussion of the study, Yom noted that overall survival time was similar in the two arms and that, numerically, it may have even been a little longer in the SRS group. “While it is true that they had more relapses in untreated portions of the brain, they lived as long or longer than those who received WBRT and had better cognitive function,” she noted

Yom also noted that of particular importance was the finding that SRS was associated with shorter interruptions of systemic therapy (time to systemic therapy: SRS, 1.7 weeks; WBRT, 4.1 weeks; P = .001). Patients with metastatic disease usually have cancer in locations other than the brain. They may be receiving some type of systemic therapy, which is interrupted with WBRT, Li commented.

The trial was halted early owing to the publication of another phase 3 trial (NRG Oncology CC 001), which provided level 1 evidence for replacing standard WBRT with hippocampal-avoidance WBRT. Despite the early trial termination, Li concluded that these results “strongly support the use of SRS in patients with four to 15 brain metastases to better preserve cognitive function and to minimize interruption of systemic therapy, without compromising overall survival.”

Li has received research funding from BMS and Medtronic and honorarium from Novocure and Monteris.