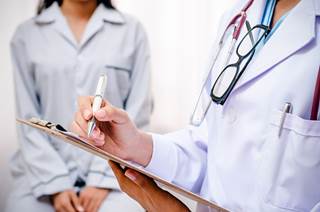 A new joint clinical practice guideline from the American Society of Clinical Oncology (ASCO) and the Society of Gynecologic Oncology (SGO) states that neoadjuvant chemotherapy (NACT) is the optimal first-line treatment for some women who have newly diagnosed advanced ovarian cancer.

While the standard of care in this setting is primary cytoreductive surgery (PCS) followed by chemotherapy, the new guideline, which was published in the Journal of Clinical Oncology suggests that some patients may benefit more from NACT and interval cytoreduction.

“This guideline is a big step forward in one of the most contentious areas within gynecologic oncology,” said Alexi A. Wright, co-chair and ASCO’s representative on the Expert Panel that worked on developing the guideline.

The evidence supporting these recommendations comes from four phase 3 clinical trials, which found that for women with stage 3C or 4 epithelial ovarian cancer, NACT and interval cytoreduction were preferable to adjuvant chemotherapy and primary cytoreduction with respect to overall and progression-free survival.

However, it is important to note that women with suspected stage 3C or 4 invasive epithelial ovarian cancer should seek evaluation by a gynecologic oncologist before beginning either type of therapy, according to one of the new guideline recommendations. Such an evaluation should include a CT of the abdomen and pelvis with oral and intravenous contrast and chest imaging (CT preferred) to determine the extent of disease, as well as whether the patient is a candidate to undergo PCS with acceptable risks and associated morbidity.

Other tools may be used to assess patients as well, such as laparoscopic evaluation or additional radiographic imaging (FDG-PET scan or diffusion-weighted MRI). However, the use of these methods has been found to be inferior to CT findings at this time.

For women who are assessed by a gynecologic oncologist and are determined to be a fit for PCS, with potentially resectable disease, either PCS or NACT can be offered as treatment. With respect to progression-free and overall survival, as well as perioperative morbidity and mortality, NACT has been found to be generally noninferior to PCS. Neoadjuvant chemotherapy is associated with less peri- and postoperative morbidity and mortality and shorter hospitalizations. Primary cytoreductive surgery, on the other hand, may offer superior survival results in patients with newly diagnosed stage 3C or 4 epithelial ovarian cancer.

The benefits of these respective therapies come from the results of four randomized clinical trials comparing NACT and interval cytoreduction with primary cytoreduction and chemotherapy among women with advanced ovarian cancer.

In the EORTC 55971 trial, NACT was generally found to be noninferior to PCS in terms of overall survival, though perioperative morbidity and mortality were lower in the neoadjuvant arm. Analyses of subgroups found that patients with stage 3C cancer and less extensive metastatic tumors had higher survival when treated with PCS rather than NACT, while patients with stage 4 disease and larger metastatic tumors had better survival with NACT.

The CHORUS trial also found NACT to be noninferior to PCS with respect to overall survival. However, postoperative mortality and serious (grade 3 or 4) postoperative adverse events were less common in patients enrolled in the NACT arm than in the PCS arm.

To read this entire article by CureToday.com on The Clearity Portal, please click here.