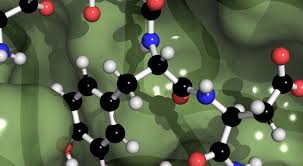 As genetic testing becomes more accessible with advanced technology and decreased costs, population-based testing for breast and ovarian cancer may be more cost effective in the long run, according to study results published in Journal of the National Cancer Institute.

To identify mutation carriers at an elevated risk for breast and ovarian cancer, typically those with personal or family history are tested. While this is helpful, there is still a large amount of women who are at risk and never tested, and by the time the find out, it is too late.

“Our existing health care structure is directed predominantly toward treatment rather than illness prevention,” the researchers wrote. “Advances in genomic medicine are being used to guide novel cancer treatment strategies. However, they also offer the opportunity to deliver a new population-based predictive, preventive, personalized and participatory medicine strategy for cancer prevention.”

A previous prospective randomized trial showed that population-based testing in an Ashkenazi Jewish population was acceptable, feasible, could be undertaken in a community setting, didn’t harm psychological health or quality of life, identified more than 50 percent of additional carriers, reduced breast and ovarian cancer incidence, and was extremely cost-effective.

Therefore, researchers from Barts Cancer Institute at Queen Mary University of London and Barts Health NHS Trust hypothesized that the implementation of a program to test all women in Britain, aged 30 years and older, could result in decreased amounts of breast and ovarian cancers among thousands.

“A health-economic assessment is crucial for evaluating and comparing the efficacy of different health interventions,” the researchers wrote. “This helps allocate resources across interventions and set policy to improve population health.”

Using a decision-analytic model, the researchers compared the lifetime costs and health benefits from different strategies for genetic testing. In particular they evaluated population testing for breast and ovarian cancer genes – including BRCA1, BRCA2, RAD51C, RAD51D, BRIP1 and PALB2 – compared with testing those with clinical criteria or family history for BRCA1 or BRCA2 genes.

Population testing for multiple genes appeared to be the most cost-effective strategy, and also prevented more breast and ovarian cancers compared with current screening methods. The model showed this was the case for both the U.K and the U.S.

Ranjit Manchanda, M.D., MRCOG, Ph.D., explained these findings are supported by the recent advances in genomic medicine, which offer the opportunity to deliver a new population-based predictive, preventive and personalized medicine strategy for cancer prevention.

“This could prevent thousands more breast and ovarian cancers than any current strategy, saving many lives,” he said in a press release.

“With the costs of testing falling this approach can ensure that more women can take preventative action to reduce their risk or undertake regular screening. As knowledge and societal acceptability of this type of testing increases, it can in the future provide huge new opportunities for cancer prevention and changes in the way we deliver cancer genetic testing.”

Members of Eve Appeal, the only UK national charity raising awareness and funding research in the five gynecological cancers (ovarian, womb, cervical, vaginal and vulvar), agreed with Manchanda, saying these findings could change how populations are genetically tested and treated moving forward.

“These research findings demonstrate the potential for both saving lives and costs,” Athena Lamnisos, CEO of The Eve Appeal, said in the release. “Whole-population genetic testing is cost-effective. If women identified as high-risk act on the information that they’re given, in terms risk reducing surgery, their lifetime risk of developing these women-specific cancers can be reduced. The impact that this study could have on healthcare in the future for these cancers is promising and an exciting step forward in prevention. ”