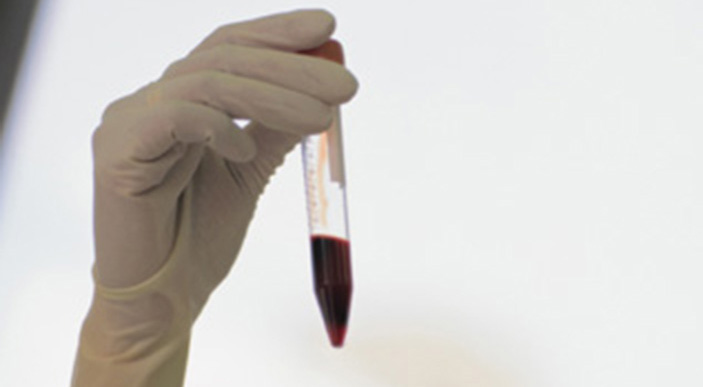 A newly studied blood test could be the answer to a serious question: How can a woman tell if she has ovarian cancer in its earliest stage?

Currently, there are no approved screening techniques from the Food and Drug Administration to check for the disease.

The major concern is that early symptoms of ovarian cancer, such as bloating, pelvic or abdominal pain, feeling full quickly or urinary symptoms, often are missed or don’t show until the disease has advanced — lowering the survival rate for patients.

Researchers from Dana-Farber Cancer Institute and Brigham and Women’s Hospital, both in Boston, created a technique to detect ovarian cancer early and accurately.

“Seventy percent of patients come to the clinic with stage 3 or stage 4 ovarian cancer and the cure rate for those patients is below 30 percent,” said Dipanjan Chowdhury, Ph.D., chief of the Division of Radiation and Genomic Stability in the Department of Radiation Oncology at Dana-Farber, in an interview with CURE. “But if you get to the clinic when it is stage 1, then the cure rate is over 92 percent.”

This blood test could be a major breakthrough for people who are concerned about ovarian cancer. The two most common tests used now to detect the disease are ultrasounds and a CA-125 — a protein in the blood that often shows up in high levels in women with ovarian cancer — blood test. But, according to the American Cancer Society, studies using both tests for screening of women at average risk of disease led to more testing and sometimes more surgeries, but did not lower the number of deaths caused by ovarian cancer.

In this recent study — made possible through the support of Tina’s Wish Foundation and the Deborah and Robert First Family Foundation — published in the scientific journal eLife, the researchers explained how they identified a network of circulating microRNAs — small, non-coding pieces of genetic material — that are associated with risk of ovarian cancer and can be detected from a blood sample.

Among 454 patients with a variety of diagnoses, the blood test had 100 percent specificity for ovarian cancer, meaning that very few patients had a false positive. Additionally, the non-invasive test outperformed CA-125 and functioned well regardless of patient age, histology or stage, noted the authors.

Although this test is very exciting for researchers, Chowdhury said it is still years away from being used as part of regular screening. “It’s proof of concept that this may work, but we do not have a test yet,” he said.

Chowdhury’s long-term goal is to have the blood test be part of an annual physical for women, much like prostate-specific antigen, or PSA, testing that men undergo to check for prostate cancer. Women would go before they show symptoms.

However, for people who are considered high-risk because of family history, such as if they are BRCA-positive, he sees this test being implemented in the near future.