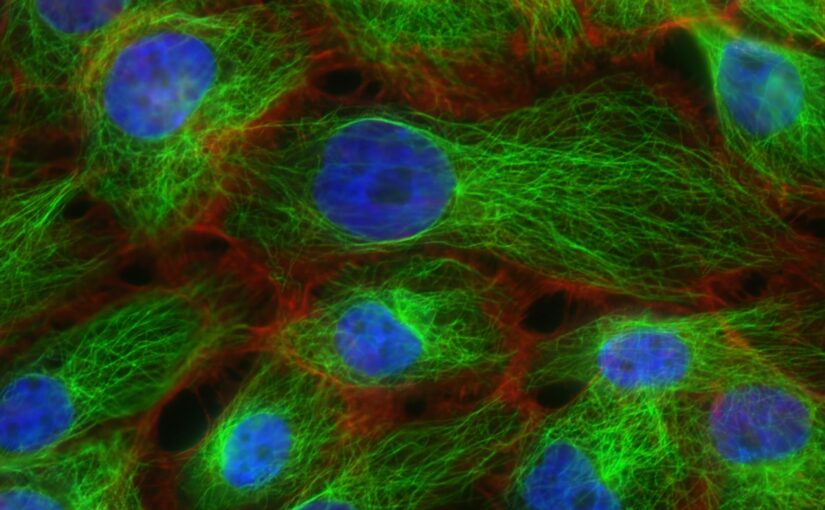 Researchers reported positive Phase I results on one of these drugs, Repare Therapeutics’ RP3500, last month across tumor types with mutations in a variety of genes involved in DNA repair.

ATR inhibitors are still in early phases of development with none on the market in the US yet. However, the latest data on Repare’s RP3500 illustrate the potential of this drug class, said Timothy Yap, principal investigator on the Phase I study.

The study took a wide-ranging approach to ATR inhibition. ATR is a mediator of cellular DNA damage response, and targeting ATR can sensitize cancer cells to DNA damage, leading to cell death. ATR inhibition in tumors with genomic alterations that diminish tumor cells’ ability to repair DNA damage can cause those cells to die. Prior to enrollment, Repare used its SNIPRx platform, a genome-wide CRISPR-based screening and discovery platform, to identify 17 genomic alterations that had this synthetic lethal relationship with ATR inhibition. These alterations could predict sensitivity to RP-3500, Yap said.

The RP-3500 trial, called Treatment Enabled by SNIPRx, or TRESR, was then designed to enroll patients with any kind of solid tumors that were resistant, refractory, or intolerant to standard therapy and harbored mutations in ATM, ATRIP, BRCA1, BRCA2, CHEK2, CDK12, CHTF8, FZR1, MRE11, NBN, PALB2, RAD17, RAD50, RAD51B/C/D, REV3L, RNASEH2A/B, and SETD2.

Yap, an associate professor of investigational cancer therapeutics at MD Anderson Cancer Center who has worked on several ATR inhibitor trials, said he believes RP-3500 may be a particularly promising therapeutic candidate in the ATR inhibitor class.

“We’re very proud of this trial because it’s the largest biomarker-selected trial that tests a single agent ATR inhibitor, and it’s still continuing to enroll,” he said, noting that TRESR has enrolled 120 patients across 16 tumor types to date. “It really did validate the patient selection strategy that we have because we were seeing responses across different molecular subtypes.”

By comparison, the studies of other ATR inhibitors in development, like Bayer’s BAY-1895344 and Artios Pharma’s ART0380, have focused development efforts on tumors characterized by single-gene aberrations, like ATM protein loss or an ATM deleterious mutation.

While RP-3500 has so far been assessed as a monotherapy in TRESR, drugmakers are also interested in combination approaches with this drug class. For instance, BAY-1895344, ART0380, and AstraZeneca’s ATR inhibitor ceralasertib have previously been studied with chemotherapy.

The data presented from TRESR last month at the AACR-NCI-EORTC Virtual International Conference on Molecular Targets and Cancer Therapeutics was from an initial analysis of 69 treatment-evaluable patients. A dozen patients with a range of tumor types and genetic mutations had objective responses to RP-3500, including ATM- and CDK12-mutated castration-resistant prostate cancer, ovarian cancer with BRCA1 and RAD51C mutations, BRCA1-mutated estrogen receptor-positive breast cancer, BRCA1-mutated head and neck squamous cell cancers, and BRCA2-mutated melanoma.

There were 14 additional patients who reached stable disease for 16 weeks or longer on the ATR inhibitor. Another eight patients on treatment for longer than 16 weeks saw their tumors shrink by at least 30 percent from baseline. Overall, according to Repare, there was a meaningful clinical benefit in nearly half of the 69 evaluable patients. After the data lock in August, Yap noted that four additional patients reached partial response.

Treatment with RP-3500 also led to responses in some patients who harbored a BRCA1/2 mutation and had become resistant to PARP inhibitors like olaparib (AstraZeneca/Merck’s Lynparza), rucaparib (Clovis Oncology’s Rubraca), and talazoparib (Pfizer’s Talzenna).

“[BRCA1/2 mutations] are so important because we have PARP inhibitors that are approved right now for these patients, but we really have nothing for these patients after they progress on a PARP inhibitor,” Yap explained. “There’s a real area of clinical unmet need, and one of the key molecular subtypes that we wanted to test for was patients with BRCA1 and BRCA2 mutations.”

If proven in ongoing clinical trials, a key utility of RP-3500 and other ATR inhibitors may be in the PARP inhibitor-refractory treatment population, Yap hopes.

However, some ATR inhibitors have also shown in studies to have a high incidence of grade 3 or grade 4 adverse events. For example, in the Phase I study of Bayer’s BAY-1895344, which Yap also worked on, between 60 percent and 70 percent of patients experienced grade 3 anemia compared to 14 percent in the TRESR study. “The safety profile [of RP-3500] is very promising, very favorable, and differentiated from everything that we have seen so far,” he noted.

The TRESR study is expected to enter its Phase II portion this quarter. Researchers are moving forward with a recommended Phase II dose established in the Phase I portion and expect to enroll a total of 120 patients.

Other modules of the TRESR study will explore RP-3500 in combination with PARP inhibitors, with chemotherapy, and in pediatric populations, Maria Koehler, Repare’s CMO, said in an investor webcast to discuss the trial results.

Data from these investigations are expected to readout in 2022, after which Repare expects to begin regulatory discussions regarding RP-3500.

“We truly believe that we’re moving away from a geographical location [in the body] type of approach,” Yap said. “Whether it’s breast cancer versus ovarian cancer versus prostate cancer, we believe that one should be looking under the hood of the car to see what the actual driver mutation is that’s leading to disease progression. That’s the reason why we kept [TRESR] pan-cancer.”