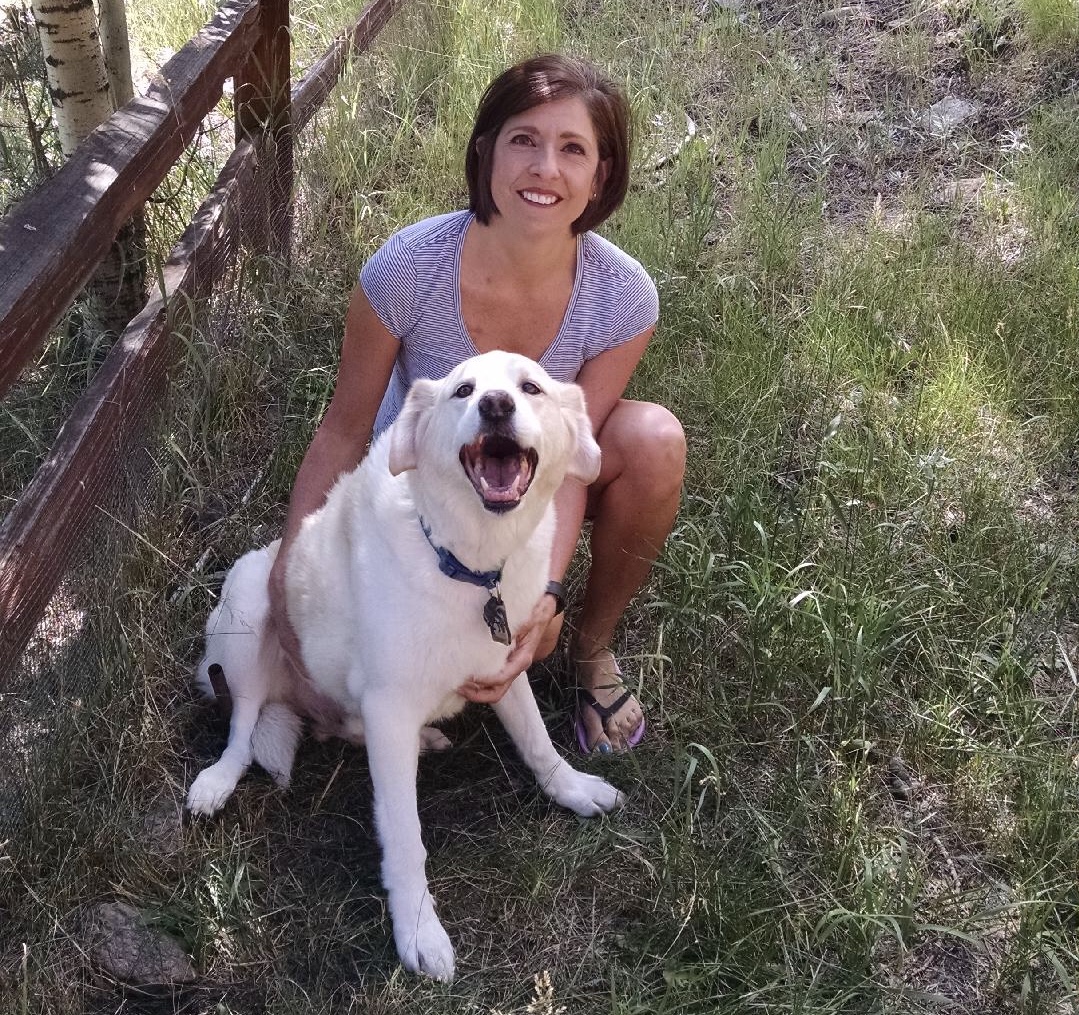 Luci Berardi had known for three months that something was wrong. As a yoga practitioner and instructor, she was very much in tune with her body, and the changes she was noticing were odd and disconcerting.

First there was the bump on her rib. Then there was pain during intercourse. After an ultrasound, her doctor identified fibroids as the cause and recommended a hysterectomy. Then, there were the bowel changes and finally a pain across her back and difficulty breathing. During a visit to her family, her sister-in-law who was a nurse, told her that the symptoms weren’t normal and urged her to see a doctor immediately. So Luci flew home to Colorado, and she and her husband went straight to the nearest emergency room. That decision probably saved her life.

The hospital admitted Luci and performed a hysterectomy, and afterward she learned that she had stage 4 ovarian cancer. “When you have symptoms like mine, it means it’s pretty advanced,” she said. She also learned that she was BRCA1-positive, and that genetic predisposition was likely a driving factor behind her cancer.

Two weeks after the surgery, she began chemotherapy, which continued for six months. Being a self-declared type A personality, she also started exploring the resources that were out there for stage 4 ovarian cancer patients. There were not a lot. After much research she discovered Nikki’s Circle, a monthly support group convened by the Colorado Ovarian Cancer Alliance (COCA). When she was too tired to drive from her mountain home to Denver, where the meetings were held, she would call in to the meetings. She began to work with a naturopath and also started to volunteer with COCA.

In 2012, two years after her diagnosis, she turned the journal she had been keeping since into a book; Chasing Rainbows: My Triumph over Ovarian Cancer. “There was nothing out there with any hopefulness for ovarian cancer,” she explained. “I got an internal feeling to keep a journal and had visions of myself on a podium speaking about this. So I wrote the book and began speaking about my experiences with ovarian cancer. The book is very real—my emotion was really raw—and I wanted it that way because I wanted my fellow fighters to know that what they were going through was normal.”

It was also in 2012 that Luci first learned about The Clearity Foundation. In September, she was one of the speakers at an ovarian cancer summit, talking about her journey and the mind-body connection. Also speaking at the summit was Laura Shawver, Ph.D., Clearity’s founder, and that encounter opened another door for Luci when her cancer returned two years later.

In 2014, four years after her original diagnosis, Luci’s CA 125 level began to rise. The cancer had recurred, in a lymph node by an adrenal gland, and her gynecological oncologist suggested administering the drug she had had previously, because Luci responded to it so well. But, she recalled, “I said I think we need to do something with Clearity and get a tissue sample.” Her doctor was amenable and worked with Clearity to process the necessary paperwork. Surgery to remove the mass provided the tissue sample. And when the results of the tumor profile came back a few weeks later, the report recommended a completely different drug. “It literally guided therapy for me and was very effective,” Luci said.

In 2016, she had another recurrence, however, and because it was in the same spot, in a lymph node next to her vena cava, surgery was too dangerous. This time, because the cancer was tiny, radiation was the treatment, and so far, it seems to have been effective.

Luci is convinced that consulting with Clearity in 2014 made all the difference in her outcome. “The treatment would have been totally different if I hadn’t had Clearity with the first recurrence, and I probably wouldn’t have done as well as I did,” she said. “It would have put me through a potentially unnecessary treatment, and I would have had to have more chemo and chemo has long-term effects on everyone’s body.”

Today, to help preserve her health, Luci pursues a fairly rigid dietary regimen, sticking to organic foods, lots of organic protein, very few carbs and almost no sugar, plus various supplements recommended by her naturopath. Her goal is to minimize inflammation and create an inhospitable environment for cancer in her body. Being BRCA1-positive, she also had a prophylactic double mastectomy to prevent breast cancer.

She continues to do a lot of public speaking about ovarian cancer, and she volunteers with Chicago-based Imerman Angels, which matches cancer patients one on one with peer mentors to help them through their journey—all while holding down a demanding job managing a periodontic and implant practice and teaching yoga. “I swore if I got through it, that would be part of my calling—to let people know that it may not be an easy road, but you can get through it,” she said.

Naturally, as part of her outreach, she shares information about the Clearity Foundation whenever possible. “It’s a huge resource, and I don’t think enough people know about it,” she said. “Here is an organization that can help get you more effective treatment and hopefully lower your exposure to drugs that you don’t need. Clearity will help you through ovarian cancer—you won’t be going through it alone. If I get an opportunity to talk about it, I’m all over it. We need to get that information out there.”

It’s advocates like Luci, who have directly benefited from Clearity’s approach, who are among the organization’s most powerful messengers. Thanks to them, more and more women and physicians are turning a page on ovarian cancer, learning about science-based treatment options and finding hope, support and better outcomes.