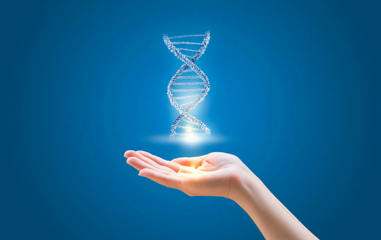 Scientists studying ovarian cancer have revealed a new genetic mutation that increases a woman’s risk of ovarian cancer — and it can be passed to her by her father.

Recently, Medical News Today covered a study that looked into whether or not all women should get screened for ovarian cancer.

In that article, we looked at the results of a review published in JAMA that assessed the findings of more than 1,000 research papers published between 2003 and 2017 in order to establish whether screening reduces mortality risk for women who do not have a hereditary risk for ovarian cancer.

The authors of that study paper concluded that the harms of ovarian cancer screening outweighed the benefits for woman in the average risk category. But who is more at risk of ovarian cancer?

Now, research published in the journal PLOS Genetics identifies a new mutation associated with early-onset ovarian and prostate cancer that is passed down the paternal line through the X chromosome.

Previous studies have observed that the sisters of ovarian cancer patients seem to have a higher risk of developing this cancer than their mother, and it was this fact that led the researchers — at Roswell Park Comprehensive Cancer Center in Buffalo, NY — to explore whether or not genes passed down by the father of ovarian cancer patients increase their risk of cancer.

The researchers examined data on pairs of granddaughters and grandmothers using the donor-funded Familial Ovarian Cancer Registry resource, which is based at Roswell Park.

The team also sequenced portions of the X chromosome from 186 people with ovarian cancer and discovered that a previously unidentified mutation is associated with an increased risk of ovarian cancer.

Cases of ovarian cancer that are linked to the newly identified mutation develop more than 6 years earlier than the average age of onset for ovarian cancer. The study also uncovered an association between this mutation and increased risk of prostate cancer among male family members.

However, the study has not confirmed the identity and function of the specific gene at play in this association, so the researchers acknowledge that further studies are needed.

Many Ovarian Cancer Cases ‘May Be Inherited’

Commenting on the findings, study author Kevin H. Eng says, “Our study may explain why we find families with multiple affected daughters: because a dad’s chromosomes determine the sex of his children, all of his daughters have to carry the same X chromosome genes.”

“What we have to do next,” he adds, “is make sure we have the right gene by sequencing more families. This finding has sparked a lot of discussion within our group about how to find these X-linked families.

Eng and his colleagues believe that many cases of ovarian cancer that appear to be sporadic might actually be inherited. Identifying the gene responsible will therefore contribute to improved ovarian cancer screening.