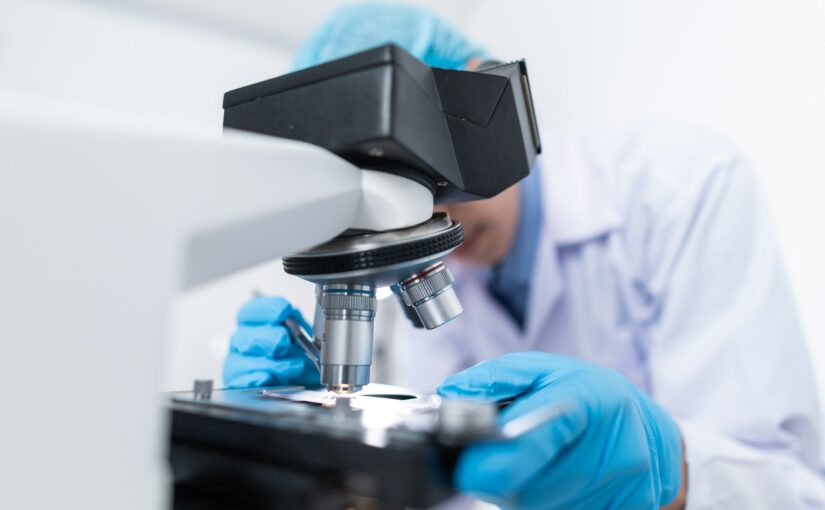 High-grade serous carcinoma is the most aggressive form of ovarian cancer and accounts for the majority of advanced-stage cases. The poor outcomes associated with the disease underscore the need for more effective treatments. A research team led by Kunle Odunsi, MD, PhD, director of the University of Chicago Medicine Comprehensive Cancer Center, has discovered novel metabolic mechanisms that contribute to how ovarian cancer escapes from immune attack, and how combination therapies can exploit these pathways to improve ovarian cancer treatment, as reported in a paper published March 16, 2022, in Science Translational Medicine.

Over the past several years, investigators from the University of Chicago, Roswell Park Comprehensive Cancer Center and other leading institutions have teamed up to address one of the most pressing questions that stymies breakthroughs in the treatment for ovarian cancer-; why does immunotherapy for ovarian cancer often fail? More specifically, they explored the underlying mechanisms that result in tumors being able to evade destruction by the immune system.

The researchers focused on targeting an enzyme called indoleamine 2,3-dioxygenase 1 (IDO1), which is responsible for degrading the amino acid tryptophan, to generate break-down products that can suppress cancer-fighting immune cells (T cells) within the tumor environment. Because tumors have realized that T cells are critically dependent on tryptophan for their survival, the tumors make high amounts of IDO1 in order to deprive T cells of tryptophan. Previous studies indicated that targeting the IDO1 pathway with a drug that blocks its action, known as epacadostat (EPA), can switch back on the T cells that the tumor shut off. Paradoxically, IDO1 blockade in combination with immunotherapy has shown limited success in clinical trials, indicating a gap in knowledge of IDO1 biology and the consequences of blocking it.

To better understand how ovarian cancer escapes from immune attack, the research team wanted to see exactly what goes on in the tumor microenvironment (TME)-;the surrounding normal cells, molecules, and blood vessels that support a tumor’s growth-;when IDO1 is blocked. Their search began in the clinic, where they collected tissue samples from patients with newly diagnosed advanced ovarian cancer who had not undergone surgery or chemotherapy. They collected samples again after the patients received treatment with a two-week course of EPA and surgery to remove the tumor.

In the laboratory, they ran experiments to study the effects of EPA on the TME from multiple angles. Their analyses revealed EPA was effective at blocking the IDO1 pathway of tryptophan degradation, but also revealed that this action triggered a separate chain of events. The tumor microenvironment adapted to these new conditions by redirecting the breakdown of tryptophan toward the serotonin pathway and increasing production of nicotinamide adenine dinucleotide (NAD+). The elevated NAD+ was the key culprit in reducing anti-tumor activity by T cells. The finding that NAD+, a component of key metabolism pathways, affects immune responses opens a new window for understanding anti-tumor immune responses.

The next question was how to use this information to improve therapy for patients with ovarian cancer. The researchers had a hunch. Because NAD+ metabolites could bind to purinergic receptors that communicate with the immune system, they investigated the impact of blocking these receptors on T cell proliferation and function in a mouse model of ovarian cancer.

The results were fascinating. The combination of IDO inhibition with EPA and an antagonist drug designed to interfere with the purinergic receptors “rescued” T cell proliferation and led to improved survival in a preclinical mouse model of ovarian cancer. Together they deliver a one-two punch to increase anti-tumor activity.

“These findings highlight the potential downside of IDO1 inhibition and suggest that IDO1 inhibitor therapy will require a combination with NAD+ signaling blockade.”

The study is a prime example of translational research, which involves taking observations from the clinic and studying them in the lab to uncover vulnerable therapeutic targets. Also, the study illustrates the advantages of the team science approach, whereby a group of diverse researchers working together could lead to more breakthroughs faster than any one researcher working alone.

“This work represents a highly collaborative effort spanning a broad range of expertise using cutting-edge technologies, from clinical expertise to statistics, metabolism, gene expression, advanced cell characterization and visualization, and a preclinical model of ovarian cancer,” he said. “This body of work encapsulates a tremendous amount of effort, knowledge, and expertise from a total of 36 researchers focused on understanding how we can improve ovarian cancer immunotherapy.”

This article was published by News-Medical.Net.