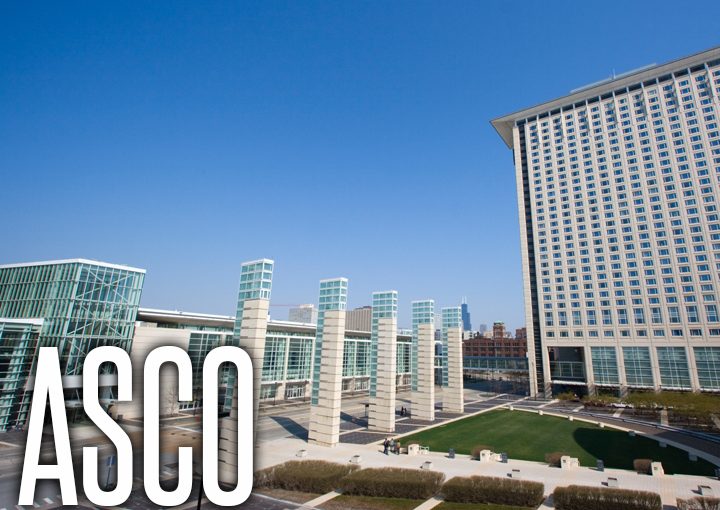 About 25% of women with platinum-resistant/refractory ovarian cancer achieved an objective response to treatment with the two drugs, and about 67% achieved disease control despite having been previously treated with up to five lines of chemotherapy and other agents, reported Panaglotis Konstantinopoulos, MD, director of translational research at Dana-Farber Cancer Institute/Harvard Medical School in Boston.

“Treatment for patients with platinum-resistant ovarian cancer remains an unmet need in medicine,” he said. “These patients have very few options.”

In his oral presentation at the American Society of Clinical Oncology annual meeting, Konstantinopoulos said the median duration of response in this group of 47 women was 9.3 months, and included women with BRCA wild-type and homologous recombination deficiency (HRD) negative tumors.

The results showed, he said, that treatment with the dual targeted agents was “remarkably consistent” in tumors across the spectrum of resistant/refractory ovarian tumors:

Konstantinopoulos noted that treatment with PARP inhibitors as monotherapy has shown some activity against platinum-resistant patients with tumors harboring BRCA mutations, but little activity outside that setting. He explained that checkpoint inhibitors by themselves have shown just modest activity against ovarian cancer, but combining the treatment in preclinical models appeared to show some synergy, which is what prompted the current study.

“We thought the treatment with the two agents would provide a better response than either agent as monotherapy,” Konstantinopoulos said.

In the phase I/II TOPACIO/Keynote-162 trial, women were eligible if they were considered to be platinum-resistant by investigator assessment, although patients who had platinum-sensitive tumors who were ineligible for further platinum therapy were permitted in the study. The patients had to have undergone no more than five lines of therapy; the median number was two. About 63% of the patients had previously been on bevacizumab (Avastin) therapy.

No new safety signals emerged from the dual therapy, Konstantinopoulos reported, and hematologic adverse events were minimized with the 200 mg starting dose of niraparib. Pembrolizumab 200 mg was also administered.

The study’s discussant, Charles Drake, MD, PhD, of Columbia University in New York City, suggested that the results seen in TOPACIO/Keynote-162 might have been more additive than synergistic, since historically, pembrolizumab had about an 11% objective response rate among these patients, and PARP inhibitors typically result in a 5-10% response depending on the mutation status of BRCA.

“The addition of immunotherapy with pembrolizumab may have extended the rate of activity of the PARP inhibitor niraparib,” Drake said, noting that the study reminded him of the title of the “Curb Your Enthusiasm” TV show. “The question now,” he said, “is what do we need to carry this to a larger setting?”

The answer, he suggested, is either a randomized phase II trial or clear biological evidence that the drug is working, perhaps through further laboratory work.

To read this article by MedPageToday.com in The Clearity Portal, please click here to login.