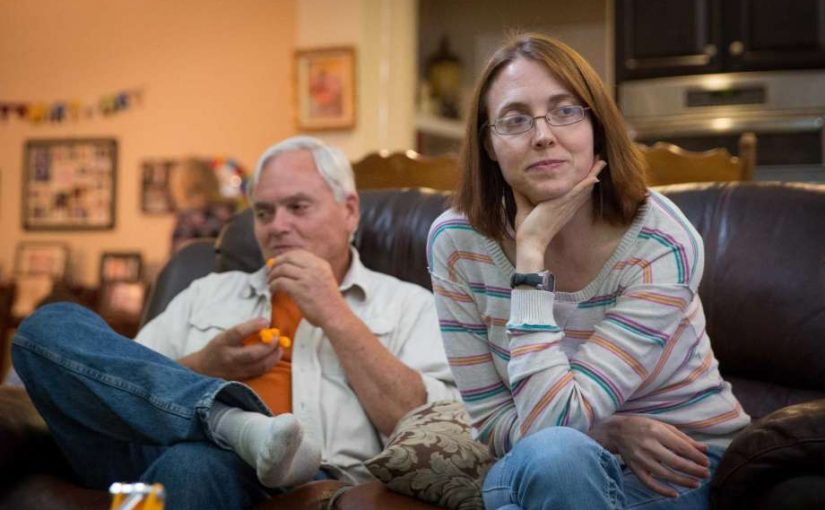 Anna Hargrove learned she carries a genetic mutation that predisposes women toward breast and ovarian cancer at 27, which was no surprise given her family history.

Hargrove, cautious by nature, did what a lot of women with the mutation do: she underwent a double mastectomy. She then proceeded to get married, deliver three children and, soon after her 40th birthday three weeks ago, have surgery to reduce the risk of ovarian cancer.

But there was one significant difference: the procedure didn’t involve her ovaries.

Instead, MD Anderson Cancer Center surgeons removed Hargroves’ fallopian tubes, part of an experimental study investigating whether taking out only the slender ducts that carry eggs can prevent the devastating disease, at least in the short run. The idea, based on a relatively recent discovery that ovarian cancers often start in the fallopian tubes, is to delay menopause prematurely brought on by the removal of the ovaries, the recommended course of action for women at high risk.

“Who wants to go through menopause at 40?” asks Hargrove, an Austin stay-at-home mom whose mother was diagnosed with breast cancer when she 37 and whose grandmother died of the disease when she was 67. “I was prepared to do it, but when MD Anderson gave me the option of just removing my tubes I jumped at it.”

The idea is controversial in some cancer-care circles — critics say the women are guinea pigs assuming an unknown degree of risk — but if the study is successful, it could dramatically change the way doctors and their patients approach the prospect of ovarian cancer, one of the most lethal types of the disease.

The practice eventually might benefit not just women with one of the mutations but also perhaps many not at high risk. Another study, currently being conducted in Canada, is investigating the approach in women without such a mutation who don’t want to have any more children and were planning to have their tubes tied. Instead, they’re having the fallopian tubes removed and being tracked in the coming decades to determine whether their absence decreases women’s odds of developing ovarian cancer.

A better approach certainly would be welcome. Ovarian cancer mortality rates have declined only slightly in the nearly half century since President Richard Nixon declared the War on Cancer, and the five-year survival rate ranges from 10 percent to 40 percent when the cancer has spread, depending on how much. It kills about 14,000 U.S. women annually.

There is no screening test and because the disease produces no obvious symptoms, it typically remains undetected as it silently grows.

That’s why doctors recommend women who have a mutation in either the BRCA1 or BRCA2 genes — mutations that allow cells to develop instability that can lead to cancer — have their ovaries removed not long after childbirth is done, drastic as that may sound. Compared to the general population’s 1 percent risk of developing ovarian cancer, women with BRCA1 and BRCA2 mutations have a 39 percent and 17 percent risk, respectively. Women are advised to have their ovaries removed by 40 if they have a BRCA1 mutation, by 45 if they have the BRCA 2 mutation.

Removing the fallopian tubes and ovaries eliminates the possibility of ovarian cancer, though a less than 5 percent risk of a related cancer nearby remains, says the principal investigator of the study. And because the ovaries make estrogen, the hormone that fuels many breast cancers, their removal reduces that risk by 50 percent too, according to the National Cancer Institute.

The problem is that the removal of the ovaries brings on menopause 10 to 15 years before its normal onset. In their late 30s or early 40s, such women suddenly start experiencing hot flashes, vaginal dryness, painful intercourse and decreased libido. They also develop a higher risk for developing heart disease and osteoporosis.

“Menopause has such a huge impact on quality of life and even feelings of being a woman,” says Dr. Karen Lu, the study’s principal investigator and MD Anderson’s chair of gynecologic oncology and reproductive medicine. “It’s a life-changing time.”

Following surgeries on BRCA mutation carriers in the 1990s and 2000s, Lu was one of a number of pioneers who documented evidence of cancer in the fallopian tubes but not yet in the ovaries, the key impetus for the new research. Before that, statistics showing women who had their tubes tied developed ovarian cancer 50 percent less often than women who didn’t was a hint that the disease might originate in the tubes.

That discovery was not lost on the ovarian cancer advocacy community, desperate for a new strategy better balancing risks and quality of life. Lu emphasizes that they pushed for the study, which still calls for the removal of the ovaries. Removing the tubes at an earlier time just buys women at risk additional time before the plunge into menopause.

The push speaks to the change from 15 or more years ago, when Lu’s patients at risk for ovarian cancer were mostly women with breast cancer, typically already in menopause as a result of their treatment with chemotherapy. Due to the increase in genetic testing, Lu says, her at-risk patients now arrive at a younger age, cancer-free, pre-menopausal and faced with hard decisions about how to respond.

Some decide to roll the dice and keep their ovaries. The new approach would give them another option.