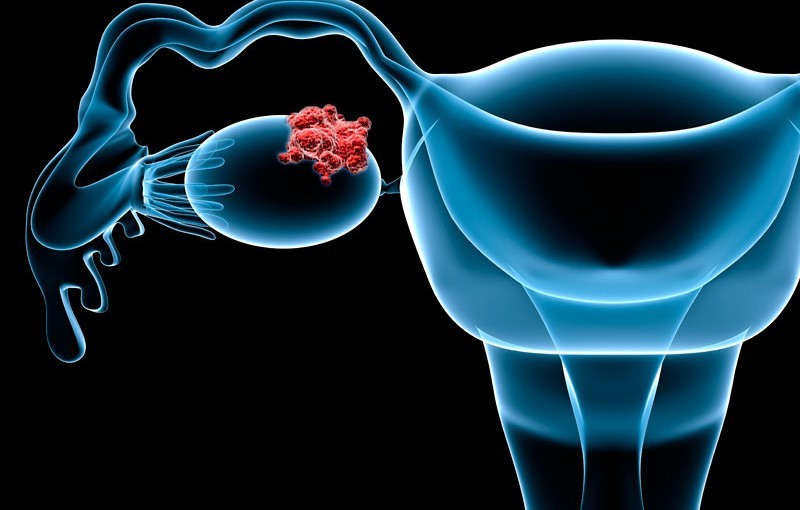 For women with recurrent or persistent low-grade serous ovarian cancer (LGSOC), presence of a KRAS mutation appeared to predict benefit from binimetinib (Mektovi), a post-hoc analysis from the phase III MILO trial found.

Among women treated with the MEK inhibitor, median progression-free survival (PFS) was significantly higher for those with KRAS mutations, at 17.7 months versus 10.8 months for those with wild-type tumors (P=0.006), reported Rachel Grisham, MD, of Memorial Sloan Kettering Cancer Center in New York City.

In the chemotherapy arm of the study, patients with a KRASmutation had a median PFS of 14.6 months, as compared to 11.5 months for those without, but the difference was not statistically significant (P=0.502), according to findings presented at the Society of Gynecologic Oncology (SGO) annual meeting webinar series.

Updated analysis of the study’s primary endpoint, PFS in the overall study population as assessed by blinded central review, still failed to demonstrate a benefit with binimetinib, which demonstrated a median PFS of 10.4 months versus 11.5 months with physician’s choice of chemotherapy (HR 1.15, 95% CI 0.76-1.74).

SGO discussant Jubilee Brown, MD, of the Levine Cancer Institute in Charlotte, North Carolina, noted that responses in the chemotherapy arm were “better than we would have anticipated.”

Overall, 24% of patients responded in each of the two arms, including complete responses in 3% of those treated with the MEK inhibitor and in 1% of those on chemotherapy. Additionally, 60% and 54% attained stable disease as their best response.

Brown pointed to positive findings presented at the European Society for Medical Oncology (ESMO) with the MEK inhibitor trametinib (Mekinist), which showed improved PFS over standard chemotherapy in women with recurrent or progressive LGSOC.

“Does an improved PFS really mean a new standard-of-care option? I think it does,” said Brown. “Especially in a rare tumor setting with limited options. This is a huge win for patients.”

But “why one MEK inhibitor and not the other?” she said. “Is it the drug or the design? We don’t know and it may be that binimetinib is counted out due to study design differences.”

While analyses of trametinib benefit based on KRAS status and other subgroups are pending, Brown asked whether MILO’s KRASfindings indicate that patients should be triaged based on their mutational status.

“Patients without mutations do respond,” noted David Gershenson, MD, of MD Anderson Cancer Center in Houston, who presented the trametinib data at ESMO, and during the SGO webinar.

“You may certainly tell patients they may have a higher probability of response if they have a KRAS or an NRAS — or possibly a BRAF — mutation, but no, we should not triage patients at this point,” he said.

Grisham agreed: “I think it’s appropriate that MEK inhibitors are now compendium listed for everybody with recurrent low-grade serous ovarian cancer, and I don’t think that absence of a KRASmutation should be a reason to deny a woman an opportunity to receive a MEK inhibitor.”

“I think that mutational data may help us to make risk-versus-benefit decisions in certain patients,” she added. “It might be a reason to perhaps push through toxicity a little bit more if you know you have a KRAS mutation.”

Starting in 2013, MILO/ENGOT-ov11 enrolled and randomized 341 patients at centers in 17 countries 2:1 to the oral MEK inhibitor binimetinib (340 mg twice daily) or physician’s choice of chemotherapy (pegylated liposomal doxorubicin, paclitaxel, or topotecan). All women had previously undergone surgery, most were white (91%), and a third had received prior hormonal therapy. Median age in the investigational arm was 54, as compared with 50 in the chemotherapy arm.

Presence of KRAS mutations was similar between the two arms, 32% in the binimetinib arm and 34% in the chemotherapy arm. In a univariate post-hoc analysis, KRAS status was associated with binimetinib response, but not with chemotherapy response, and further analyses confirmed these associations.

Binimetinib is currently approved in combination with encorafenib (Braftovi) for patients with unresectable or metastatic melanoma who harbor a BRAF V600E or V600K mutation, and under investigation in various cancers.