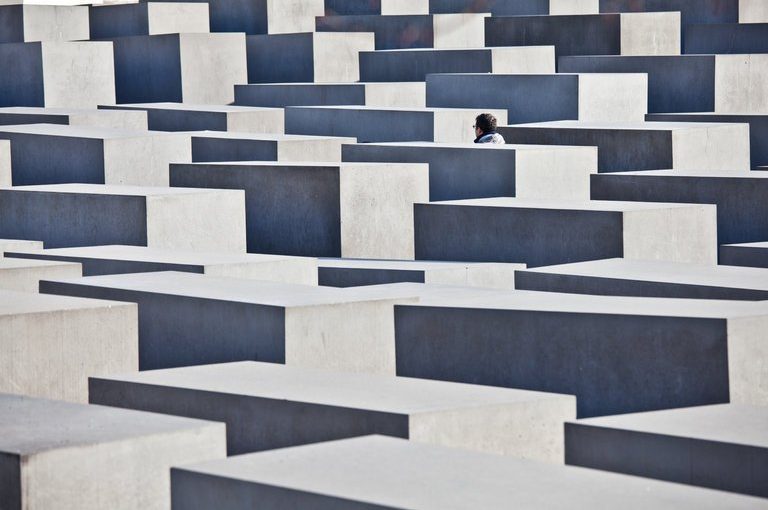 Looking at television this past year, I sobbed at the sight of Nazis on the streets of Charlottesville. I don’t remember crying over the terrible cancer diagnosis back in 2008. Living with the disease for almost a decade has made me more susceptible to the sorrow and the pity of unrelated but potentially horrific suffering. Oh, I realize, I am still learning from my deceased parents.

At the time of my ovarian cancer diagnosis, I was numb, a wooden automaton. Mechanically wading into treatment as into a limitless ocean, I submitted to what the doctors decreed. The pounding whitecaps followed — surgeries, chemotherapies, radiological drains, reoperations — before researchers plucked me up and pitched me into a haven, where I slowly caught my breath. The miraculous efficacy of a drug in a clinical trial continues to extend my existence.

I have always shunned the identity “cancer survivor.” Wary of language that obscures the ongoing threat of a mortal disease, I know that I may not survive cancer; at any moment, it might recur and kill me. Nor can I take credit for my ongoing life.

But now I find myself alarmed … less about an always possible recurrence and more about our country being overtaken by hateful forces. I am frightened about the fragility of the rule of law, of the institutions and agencies upon which we rely, scared about the most endangered members of our society: racial and ethnic and religious minorities, the disabled, immigrants, gay people, and children as well as adults coping with ruinous diseases — precisely the groups targeted by Hitler. Undoubtedly, some of the mounting anxiety derives from my family history.

On the day after Kristallnacht, Nov. 11, 1938, my maternal grandparents escaped from Germany to Palestine. They evaded an arrest by the Gestapo when my grandfather displayed his uniform, revolver and medals: He had served as a medical officer in the German army during the Great War. My mother and my brother (then a baby) fled from Hamburg to New York City, also in 1938. My father managed to bolt later; however, his mother and father did not. In my paternal grandmother’s last letter, she wrote to her children, “May fate save you from such raw brutality.”

My parents schooled me, their only American-born child, to avoid the pitfalls of positing analogies to the Holocaust, although it was impossible not to observe that at my lowest point in chemotherapy I resembled a prisoner in Auschwitz. I also try to follow the instructions of Susan Sontag to suspect metaphors of illness.

Those who survived the Third Reich could not or would not recount the terrors they had witnessed … in part to save their offspring pain. In my family, they were mute. They had beheld the unimaginable which erupted and obliterated normal narrative logic. How to explain evils that cannot be understood? A niece’s rape, cousins gone up in smoke through the chimneys.

Pervasive silence meant breathing bruised air. My numb relatives were wooden automatons. America became their haven, where they would not forget, but could not remember. The lethal hatred of the so-called master race and survivors’ guilt took a toll in the aftermath. Too many of the survivors in my family did not survive. They committed suicide. My mother was the exception; her memory has become a blessing.

After the period of silence in the ’50s and ’60s, Holocaust survivors began to speak out. Like Elie Wiesel, they did so for the future of Jewish people, but also for the liberty and dignity of other persecuted groups. Joining countless civil rights activists, Holocaust survivors stood up against the racial prejudice and profiling that can generate genocide. What can we learn from this now dead or dying generation?

Those of us who have outlasted appalling private injuries have a role to play in collective conversations about public cataclysms, it seems to me. Whether caused by a diseased body or a diseased body politic, the belated reverberations of trauma lay bare our common humanity: in particular, our individual and yet shared defenselessness. Men and women who cope with cancer realize that all people are created equal in their vulnerability to the dreadful conditions with which we contend.

Cancer makes us experts on dependency: we depend on nurses, aides, technicians, researchers, physicians, therapists, drug and instrument manufacturers, insurance providers, hospital receptionists and cleaners and parking attendants, caregivers, support groups, neighbors who bring over meals and friends who ferry us to and from treatment.

We should use our awareness of our vulnerability and dependency to strengthen the social fabric for those exposed to the depredations of cancer and of malignant nativism. I am chastened by the realization that preventing fascism may be as difficult as preventing cancer in this beloved country which has served so many of us as a refuge.

To mark the current Thanksgiving holiday, I’m adding my voice to those contesting white supremacists. If cancer survivors can help keep alive the significance of the Holocaust survivors’ message, count me as one of them: Never again. Not here.

To read this entire article by The New York Times in The Clearity Portal, please click here.