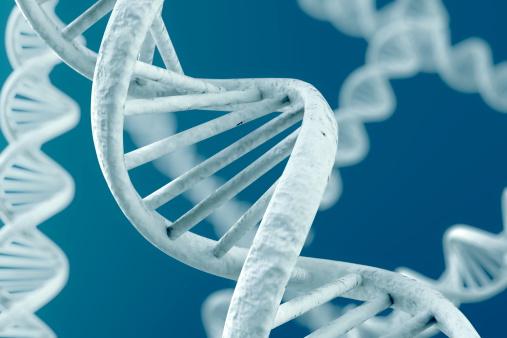 Testing for a gene commonly mutated in ovarian cancers could pick out patients who will respond well to a promising new class of cancer drugs, a major new study reveals.

The new drugs – called ATR inhibitors – are already being tested in early clinical trials, and the new research could help identify those patients who will benefit most.

Scientists at The Institute of Cancer Research, London, used molecular screening techniques to find that cancers with mutations in ARID1A were particularly sensitive to ATR inhibitors.

ARID1A is mutated in a wide range of hard-to-treat tumour types, including ovarian cancer and stomach cancer, but until now there has been no way of targeting treatment at tumours with this genetic defect.

The research, which is published in the journal Nature Communications, was funded by Cancer Research UK and Breast Cancer Now.

Scientists at The Institute of Cancer Research (ICR) found that ATR inhibitors stopped cancer cells with ARID1A mutations from growing, both in culture dishes and in mice.

They also found that switching off the ARID1A gene in breast and bowel cancer cells greatly increased their sensitivity to ATR inhibitors.

Cancer cells with ARID1A mutations become particularly reliant on the DNA safeguarding activity of the ATR protein to survive – so they are especially sensitive to drugs that block its effects.

Patients on clinical trials of ATR inhibitors could now start to be tested for ARID1A mutations in their tumours – in order to assess whether those with the genetic defects are particularly likely to benefit.

Dr Chris Lord, Leader of the Gene Function Team at The Institute of Cancer Research, London, said: “Our research has opened up a potential way of personalising treatment for cancer by targeting drugs to those patients who will benefit most.

“We found in cell cultures and in mice that cancers with defective versions of the ARID1A gene are particularly sensitive to a new class of drug called ATR inhibitors.”

“Our research could lead to patients with ARID1A mutant tumours being assessed for whether they respond particularly well to this new class of cancer treatment.”

Dr Justine Alford, Cancer Research UK’s senior science information officer, said: “By identifying a potential way to exploit a specific genetic vulnerability in cancer this research could point the way to tailoring treatments to each patient, helping to make them kinder and more effective. The next steps will be to better understand the effects of targeting this weakness, and to find out whether this promising strategy will work in people.”

“It’s particularly exciting to see an idea that was initially tested in breast cancer cells be translated into potential benefit for a number of other cancers. We hope these findings now lay the groundwork for clinical trials to investigate the potential of ATR inhibitors as a targeted cancer treatment in the near future.”