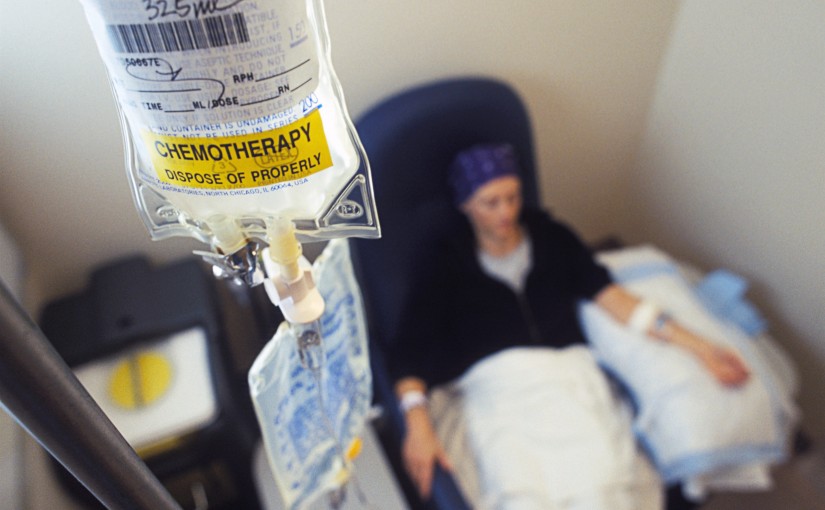 Increasing the number of cycles of chemotherapy doesn’t appear to significantly influence recurrence rates or survival in patients with early stage ovarian clear cell carcinoma (OCCC), according to researchers.

The retrospective cohort study of 201 patients showed that recurrence and survival rates were comparable whether patients received 3 or 6 cycles of platinum chemotherapy, with or without taxane adjuvant chemotherapy, reported Emily N. Prendergast, MD, of Cedars-Sinai Medical Center in Los Angeles, and colleagues.

Patients who received 3 cycles of adjuvant chemotherapy had a recurrence rate of 18.4% versus 27.3% for those who received 6 cycles (P= 0.4). Similarly, there was no difference in the impact of 3 cycles of chemotherapy versus 6 on progression-free survival (PFS) or overall survival (OS), even in surgically staged patients, they wrote online in Gynecologic Oncology.

“These findings add to the literature suggesting that the number of chemotherapy cycles may not impact survival in this rare histologic subtype and that the optimal treatment regimen has yet to be identified,” the authors stated.

The study also showed that advancing stage (from IA/IB to IC to II) was associated with worse PFS and OS outcomes. However, after accounting for the potential impact of stage on survival, and the effect of full surgical staging on outcomes, “we still did not observe an advantage to 6 over 3 cycles of adjuvant chemotherapy,” they said. “Thus, the question of whether or not there is an added benefit with more cycles of chemotherapy in this relatively chemo-resistant histology is an ongoing clinical question.”

More clinical trials that include the use of novel agents are needed, the authors added, noting that the current was underpowered to definitively determine whether the standard of care should be 3 or 6 cycles.

“Still, we feel our study provides an important contribution as we found no separation in survival curves to favor the administration of more chemotherapy,” they wrote. A prospective trial with 80% power would need at least 4,000 patients diagnosed with this rare histologic subtype of cancer, they said.

But “given the rarity of this particular type of ovarian cancer, it is unlikely that a clinical trial would be possible to fully address this question,” commented Victoria Bae-Jump, MD, PhD, of the University of North Carolina at Chapel Hill.

“This is a strong study, and the largest of its kind to address this important question for early-stage clear cell cancers of the ovary,” Bae-Jump wrote in an email to MedPage Today. “However we need to remember that it is retrospective, and the findings do not carry the weight of a randomized prospective clinical trial.”

While the study could not determine standard of care, the findings can still can be part of the discussion when talking with patients, suggested Bae-Jump, who was not involved in the study. “It is certainly reasonable for gynecologic oncologists to discuss these new findings with their patients with early-stage clear cell ovarian cancer as part of treatment counseling and decision making.”

Previous studies such as ICON1, EORTC-ACTION, and GOG 157 have also evaluated the impact of adjuvant chemotherapy on all histologic subtypes of early-stage ovarian cancer. In particular, GOG 157 found no statistical difference in survival with 3 versus 6 cycles of chemotherapy, the study authors pointed out.

For the current study conducted from January 1994 to December 2011, the investigators identified 259 cases of International Federation of Gynecology and Obstetrics (FIGO) stage I and II OCCC from five institutions.

Patients were divided into those who received 3 cycles of adjuvant chemotherapy and those who received 6 cycles. The final cohort consisted of 210 patients with stage IA-II disease. Of this group, 116 underwent full surgical staging.

All cases were reviewed by independent gynecologic pathologists.

To read this entire article by MedPageToday.com on The Clearity Portal, please click here.