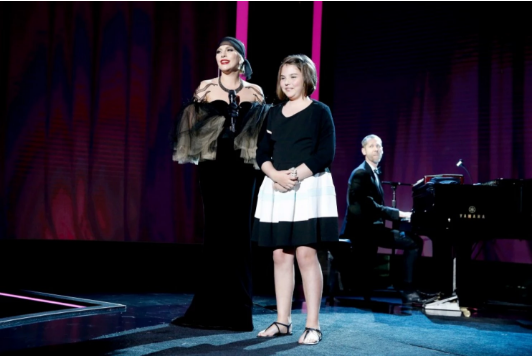 Call it luck — or a medical miracle. During clinical trials for experimental cancer drugs, some patients simply respond better than others. And a tiny fraction of patients see dramatic results, responding so well to treatment that they survive forms of cancers that quickly kill their counterparts. Stories about people like Emily Whitehead, the then-6-year-old who was enrolled in a clinical trial that saved her life, make headlines. But statistically speaking, they’re insignificant, mere outliers. Because they deviate so far from the norm, these “exceptional responders” are often overlooked by researchers. Not so fast, says Eric Perakslis.

Perakslis, who heads up pharmaceutical giant Takeda’s oncology data science program and is a visiting faculty member in the Department of Biomedical Informatics at Harvard Medical School, argues that their genes could hold clues that cancer researchers have been missing. He wonders whether the reasons behind these unusual responses could lead researchers to more effective cancer treatments. In a recent editorial in the journal Science Translational Medicine, the former FDA chief information officer and kidney cancer survivor joins a growing chorus of voices calling for more research on exceptional responders. If scientists sequence and study the genomes of these patients, Perakslis argues, they could uncover potential cures that may work for traditional patients, too.

“There’s a reason they do well, right?” Perakslis says. “We as humans may or may not be smart enough to find it, but there’s a reason.” A hunt for that reason could reveal new information about different cancers, he argues — as in one case in which a patient with metastatic bladder cancer saw dramatic results with an experimental drug that was abandoned after an unsuccessful trial. Analysis of the patient’s genome eventually identified a previously unknown biomarker found in some other bladder cancers.

Given that over 8 million people die of cancer each year worldwide, Perakslis says it’s time to establish a national exceptional responder network among clinical trial participants that offers free genome sequencing, registers all patients who do unexpectedly well during clinical trials, and makes their data available to qualified researchers. He finds inspiration in the national Undiagnosed Diseases Network, which pools clinical and research resources to solve medical mysteries. If the kind of broad-scale initiative open to patients with the rarest diseases were available to cancer patients, too, he argues, unlocking their secrets could become easier and cheaper — and reveal critical clues faster.

“These outliers are really important humans,” Perakslis says. “They can help us fill in the map.” He compares exceptional responders to the outside edge of a puzzle — the part most people must complete before the larger structure becomes clear.

Jean Claude Zenklusen, who directs the National Cancer Genome Atlas at the National Institutes of Health, agrees.  He participates in the National Cancer Institute’s Exceptional Responders Initiative, a project aimed at understanding the molecular underpinnings of those whose cancers respond to all different kinds of treatment.

“Thanks to this program, we now know that breast cancer is not breast cancer. It’s really five different diseases,” he says. Because of the insights yielded by exceptional responders’ genes, Zenklusen says, researchers now realize that some cancers share molecular signatures despite the anatomical location of the tumors themselves.

Unlike Perakslis’s suggested network and registry model, the Exceptional Responders Initiative runs more like a clinical trial. Patients who have demonstrated an exceptional response to any modality — experimental or no — are welcome, but must fit strict criteria before molecular characterization takes place. So far, says Zenklusen, 57 of the 154 patients who have been accepted into the program have begun to have their genomes analyzed.

At first, says Zenklusen, he saw the program as “the definition of a fishing expedition. We were accepting all tissues, all comers, all therapies. Every single case is a world on its own. But we actually are finding a lot.” Out of the approximately 30 cases that have complete molecular characterizations, he says, at least 12 have yielded clear combinations of genes that make it obvious why patients have responded to certain treatments. “It’s the mother of all fishing expeditions,” he adds, “but we have found the whale.”

Zenklusen says that it’s premature to pursue a networked registry model like the one Perakslis suggests. “It’s a little too early, but we are not too far away,” he says. “Unfortunately, when we find something that is interesting, we tend to get very excited. Cancer is a horrible disease. But sometimes we communicate the information a little too enthusiastically.” He worries that leaping toward a national registry before it’s been firmly established that exceptional responders really have smoking guns tucked into their genome could mislead the public into thinking that personalized, precision cures for cancer are just around the corner.

“No one knows the winning formula here,” admits Perakslis. For him, the challenge is data density — which makes it even more urgent to collect as much data from exceptional responders as possible. Cures may still be far in the future, he says, but that’s no reason not to look hard at patients who respond dramatically to treatment now. “[There are] so many cancers, subtypes, unique patients, potential treatments,” he says. “It is like trying to paint the sky.”