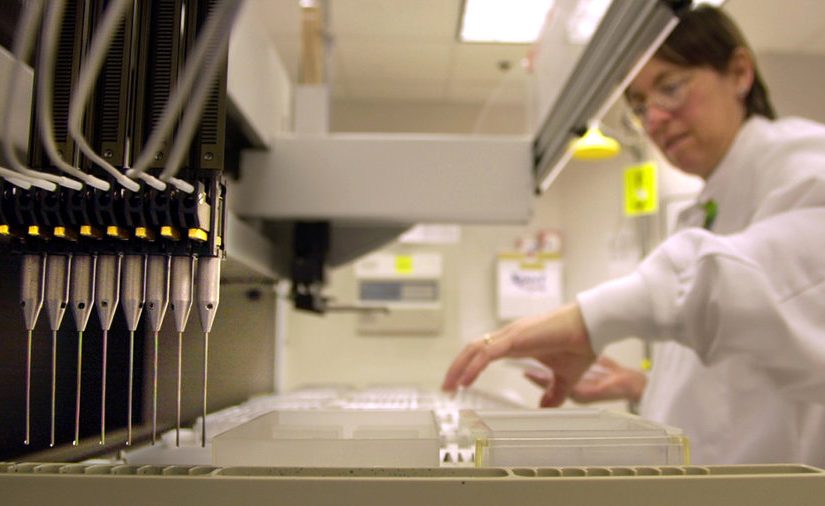 Despite the existence of evidence-based guidelines supporting genetic testing for women with a history of breast and/or ovarian cancer, most of these women didn’t get tested, according to researchers.

Based on an analysis of pooled data from three cancer control modules, fewer than one in five women with a history of breast or ovarian cancer meeting National Cancer Comprehensive Network (NCCN) criteria underwent testing, reported Christopher P. Childers, MD, of the David Geffen School of Medicine at UCLA in Los Angeles, and colleagues.

Up to 10% of breast and 15% of ovarian cancers can be linked to heritable gene mutations — most commonly mutations in the BRCA1 and BRCA2 — which suggests that the identification of women with these mutations can direct both cancer treatment and surgical decision-making, they wrote in the Journal of Clinical Oncology.

While the rates of genetic testing in newly diagnosed patients meeting NCCN criteria have been increasing, “there is likely a large cohort of breast and ovarian cancer survivors for whom testing was not offered, pursued, or even available,” Childers’ group wrote.

They used nationally representative samples from the 2005, 2010, and 2015 National Health Interview Surveys (NHIS). Eligible patients included women with a history of breast cancer and/or ovarian cancer who met certain NCCN eligibility criteria based on age of diagnosis and family history:

Outcomes included the percentage of eligible individuals who either discussed genetic testing with a health professional, were advised to undergo such testing, or actually underwent testing.

Of 47,218 women identified from the three surveys, 2.7% had breast cancer. Of those women, about 36% met one or more of the eligibility criteria, and of those, 29% discussed testing with a healthcare professional, 20.2% were advised to undergo testing, and 15.3% underwent testing.

Approximately 0.4% of the women in the survey had ovarian cancer. Of those, 15.1% discussed testing, 13.1% percent were advised to undergo testing, and just 10.5% underwent testing.

Based on the pooled sample, an estimated 1,471,279 women with a history of breast and/or ovarian cancer meet one or more of the eligibility criteria. The authors determined that within this population, the rate of genetic testing was 13.8% (95% CI 10.8% to 17%).

“Using only these five criteria, this generates a population-based estimate of unmet need of genetic testing for breast and ovarian cancer survivors between 1,212,334 and 1,312,381,” they noted.

Furthermore over 70% of eligible patients with breast cancer and 80% of those with ovarian cancer haven’t even discussed genetic testing with a health professional.

“Given the low testing rate and large impact of identifying a heritable mutation, aggressive solutions should be considered,” Childers’ group suggested. “These may include universal testing for women with breast and/or ovarian cancer or other select populations, directed patient education for self-referral, or modified direct-to-consumer testing.”

The study had some limitations, including the fact that NHIS collects self-reported data only, and is not validated against the medical record. Also, recall bias in terms of “advising, discussing, and testing are all possible and are likely magniﬁed as patients become more removed from their treatment,” the authors noted.

In an accompanying editorial, Kevin S. Hughes, MD, of the Avon Comprehensive Breast Evaluation Center at Massachusetts General Hospital in Boston, lamented that while many new strategies involving genetic testing have been adopted and save lives, “we have yet to apply these strategies at the population level where their effect can be generalized beyond a small number of selected patients.”

The problem is that too many mutation carriers are unaware of their status and could develop cancers that could have been prevented or discovered earlier, he stated, adding that healthcare professionals need to take certain steps that will increase the rate of detection of these mutations.

He suggested some steps that can be taken, such as abbreviating pretest counseling sessions to enable more patients to be seen by genetic counselors or educated clinics. “It is time to move to population-level screening for hereditary cancer susceptibility mutations. We have thought about this for 20 years. It might be time to take action,” he wrote.