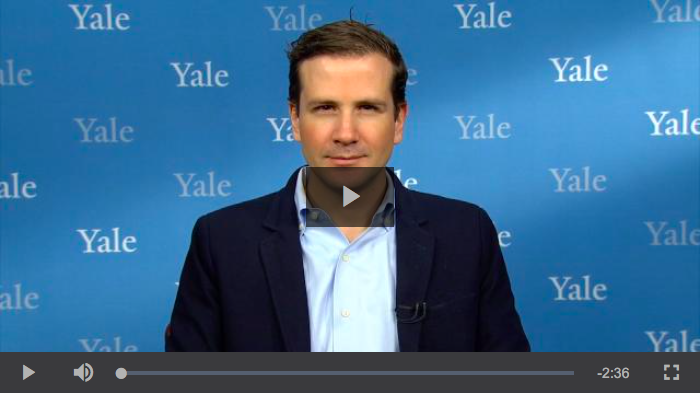 BRCA1 mutations are well-known to predispose to ovarian cancer risk. But now a new study, appearing in the Annals of Internal Medicine, suggests that methylation of normal BRCA1 genes might be a major ovarian cancer risk factor. In this 150-Second Analysis, F. Perry Wilson, MD, MSCE investigates the data.

Testing for BRCA mutations in women with a compelling family history of breast or ovarian cancer has become relatively commonplace. The sequela of a positive test can be life-changing, with many women opting for prophylactic mastectomy and oophorectomy.

But what if the genetic test is normal? Well, according to a new paper appearing in the Annals of Internal Medicine, a “normal” BRCA test may not mean the gene is functioning properly.

BRCA1 is a DNA-repair protein. When it is inactivated by mutation, errors in DNA can build up over time, and eventually we see cancers develop – typically breast and ovarian cancers.

But there’s more than one way to inactivate a gene. Remember that a gene is transcribed when its promoter region is accessible to the transcription machinery.

The promoter can be blocked by methylation, preventing transcription.

And an untranscribed BRCA1 might as well be mutant – it can’t repair DNA if it isn’t there.

The study of interest examined 1,541 women with ovarian cancer and no BRCA mutations. They matched these cases with 3,682 controls. Most of the women in both groups had normal BRCA1, but roughly 9% of those with cancer had abnormal methylation in the BRCA1 promoter – compared to only around 4% of control participants. After adjustment for other factors, having methylated BRCA1 conferred almost a threefold higher risk of ovarian cancer.

These findings, which were replicated across two cohorts, make abnormal BRCA1methylation the second strongest risk factor for ovarian cancer beyond an out-and-out BRCA1mutation.

One thing I want to point out here – these methylation results did not come from breast tissue – these were the results in white blood cells. It’s already pretty clear that abnormal methylation at the tissue level can promote cancer in that tissue – this is one of the best studies yet to demonstrate that the methylation problem may be global.

But how does this abnormal methylation happen? Is it some environmental exposure that we could potentially avoid? The researchers believe the relevant exposure happens in utero or early in life, based on data from a cohort of newborns.

What that exposure is, though, remains in the mists of science’s undiscovered country.