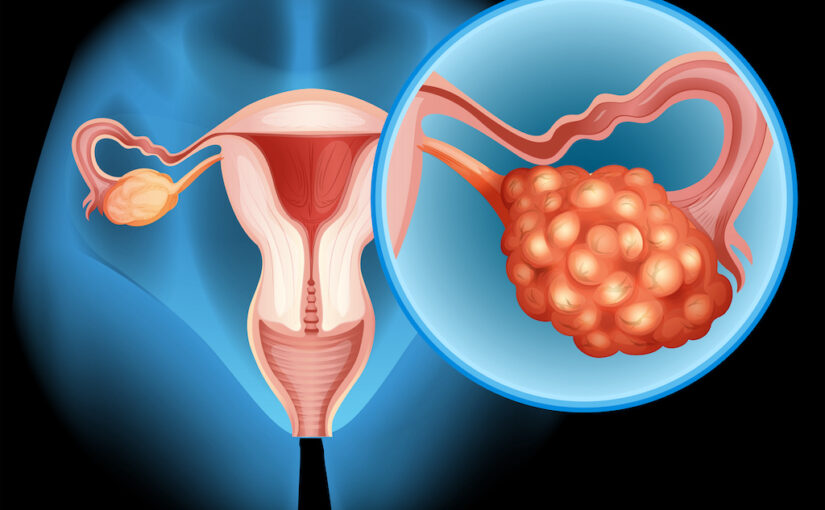 The addition of a short-term, flat dose of bevacizumab to pembrolizumab was found to enhance the response to anti–PD-1 therapy in the absence of chemotherapy for patients with platinum-resistant epithelial ovarian cancer.

The addition of a short-term, flat dose of bevacizumab (Avastin) to pembrolizumab (Keytruda) was found to enhance the response to anti–PD-1 therapy in the absence of chemotherapy for patients with platinum-resistant epithelial ovarian cancer, according to results from the phase 1 PEMBOV trial (NCT03596281) presented during the 2021 SITC Annual Meeting.1

Results from the study showed that among the 19 patients enrolled, the combination yielded an overall response rate (ORR) of 26%; this was comprised of 1 complete response (CR; 5%) and 4 partial responses (PRs; 21%). Additionally, the disease control rate (DCR) with the doublet was 79%.

For patients with platinum-resistant ovarian cancer, there is an unmet medical need for more efficacious treatment options. Previously, the phase 3 AURELIA trial (NCT00976911) examined the combination of chemotherapy and bevacizumab in platinum-resistant patients who were bevacizumab naïve and had received a maximum of 2 prior treatment regimens. Results showed that the median progression-free survival (PFS) was 3.4 months in those treated with chemotherapy vs 6.7 months in those who received the combination. Moreover, the ORRs reported in each group were 11.8% and 27.3% respectively.2

Additionally, phase 1b/2 combinations trials have previously examined pembrolizumab in combination with bevacizumab and chemotherapy. When pembrolizumab and bevacizumab were paired with pegylated liposomal doxorubicin (PLD), the regimen yielded an ORR of 32.0%.11 When the 2 agents were combined with cyclophosphamide, they induced an ORR of 43.3% and a median PFS of 7.6 months.12

Prior phase 2 clinical trials have investigated the combination of an anti–PD-1 blockade plus an anti–CTLA-4 blockade. Results from these trials have showed that this approach can produce an ORR of 31.4% and a median PFS of 3.9 months.13

The PEMBOV study enrolled patients with platinum-resistant epithelial ovarian cancer. There was no limit to the number of previous treatments patients could have received, and prior treatment with bevacizumab was permitted.

Patients enrolled to cohort B received 200 mg of pembrolizumab once every 3 weeks (q3W) until disease progression, unacceptable toxicity, or withdrawal of consent, and 400 mg of bevacizumab q3w for 6 cycles.

The primary end point of the study was best overall response (BOR) per RECIST v1.1 criteria, and duration of response (DOR). Secondary end points included safety and tolerability, and key exploratory objectives were to examine PD-L1 status and the pharmacokinetics of bevacizumab.

In terms of safety, grade 3/4 treatment-related adverse effects (TRAEs) were reported in 20% of patients. The most common grade 3/4 TRAEs were cerebral ischemia (5%), sepsis (5%), bowel proliferation (5%), and proteinuria (5%).

No new safety signals were observed on the study, and correlative studies are ongoing.

This article was published by Onc Live.